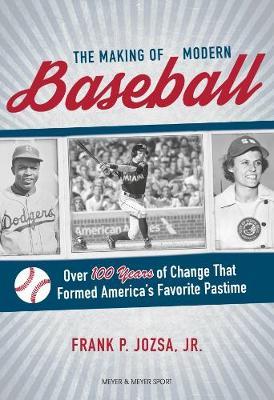 The Making of Modern Baseball : Over 100 Years of Change That Formed America’s Favorite Pastime

Major League Baseball has enjoyed a long period of progress and success. For over 118 years, events, institutions, people, and regulations, transformed it both in the short and long run.

The Making of Modern Baseball examines the development of Major League Baseball, including the recruitment, entry, and performance of ballplayers from foreign countries; the competitive balance or degree of parity that exists among teams within and between the American and National League; expansion of new franchises located in the United States and Canada; and the economic realities of the leagues given the demographics, distribution, and wealth of their franchises’ markets.

Additionally, this book provides answers to such questions as: What types of simple and complex methods exist to measure and analyze performances of players and their teams? What has been the impact of free agency on ballplayers’ salaries? How different are the gate receipts, total revenues, and valuations of large, midsized, and small market teams?

The Making of Modern Baseball takes the reader deep into Major League Baseball, making it a must-have for every fan and follower of the sport.

A former college and semiprofessional athlete with an undergraduate degree in accounting and master’s degrees in business administration and economics, and also a doctorate in economics, Frank P. Jozsa Jr. is the author of several books on team sports in professional baseball, basketball, and football, and others on intercollegiate sports programs and the role and progress of male and female student athletes on campuses of American colleges and universities. His memoir, A Hoosier’s Journey: Athlete, Student, Teacher, and Author was published in 2011.

Jozsa has also written several articles published in journals, magazines, and newspapers. His dissertation–“An Economic Analysis of Franchise Relocation and League Expansion in Professional Team Sports, 1950-1975”–was completed in 1977 at Georgia State University in Atlanta, Georgia. After teaching undergraduate and graduate courses in business administration, economics, finance, and statistics for more than three decades, Jozsa retired from Pfeiffer University in 2007.